RSS
← Anything goes Sunday: A Match Made In Austen update
Book Tuesday: How to Flirt with a Naked Werewolf, by Molly Harper → 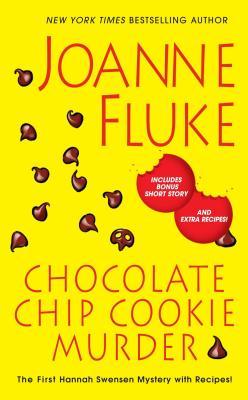 Resume: Hannah Swensen is the owner and head baker of The Cookie Jar, in the ficitional small town of Lake Eden. Her life is complicated enough by her interesting family dynamics, and it becomes even more so when she stumbles onto a dead body. The victim was a well-liked former football star and delivery person, there were no witnesses, and no trace of the weapon. Hannah has no idea what she gets herself into when she agrees to help her brother-in-law, first officer on the scene, to solve the case so he can get a big promotion.

I’ve been in a cozy mystery mood recently, and I decide to try this book, which had been given to me as part of a gigantic ebook bundle. (5000 books gigantic, and no I didn’t keep them all, and I haven’t read all the ones I’ve kept yet. It was one of the best gifts of my life.) I was reasonable confidant I would like it, because my mom had recommended this series to me once. A solid love of cozies is one of the things we have in common, and since our reading tastes are pretty similar, I figured I might like it.

I did, too, so kudos mom! I really enjoyed this story. There was a lot of repetition, and the characterization could probably have been more solid, but there was a lot of humor, and the mystery was well built and well-paced: I began to suspect who the killer was a few pages before the big reveal, in other words: at exactly the right time.

I was a little confused about the pacing at one point, because my ereader can’t tell the difference between what is actually the novel and what is the short story that came attached to this edition of the novel. (Excerpt from my inner monologue: “If that the reveal of the killer, or another red herring? It’s the reveal?! But we’re only 80% through the book, how … Oh. Now I get it.”) The short story, a Christmas mystery where the plot revolves not around murder but discovering the identity of a teen-aged runaway, was also funny and well paced, and adorable to boot.

Posted by aureliaosborne on August 25, 2015 in Uncategorized

← Anything goes Sunday: A Match Made In Austen update
Book Tuesday: How to Flirt with a Naked Werewolf, by Molly Harper →